The Edo State Governor, Mr. Godwin Obaseki led members of the Edo State Government Executive Council (EXCO) to the Palace of the the Oba of Benin, His Royal Majesty, Omo N’ Oba N’ Edo Uku Akpolokpolo, Oba Ewuare II, to felicitate with the Benin Monarch at the Ugie Ewere ceremony in Benin City.

The Ugie Ewere ceremony, a part of the high profile Igue Festival, is celebrated annually, where the Oba receives the Ewere leaf, which signifies blessing and peace in the Kingdom. 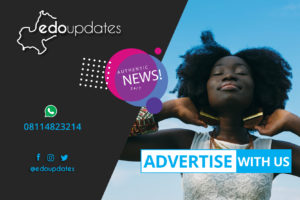